It’s been a while since I added to the benefits of herbal medicine series, so I thought I’d speak about cinnamon today. After a discussion with a friend on the wonders of cinnamon it brought me to a greater understanding of its healing powers. Here I thought sweet, spicy cinnamon was just good in regulating blood sugar levels in those with diabetes, but I was quite wrong. There is so much more to this simple and wonderful tasting kitchen staple and it does have a fascinating history as well.

The benefits of herbal medicine,Cinnamon

Cinnamon, in case you didn’t know, comes from the relatively small growing tree, Cinnamonum verum, chiefly grown commercially in Southern Asia and other warm climate regions. It is the inner bark of the tree which is coveted. It is removed from 2-3 year old branches. That way the entire tree is not destroyed and it can continue sprouting more branches and giving more cinnamon. The bark is then cut into smaller pieces for the food trade and ground for easy use. 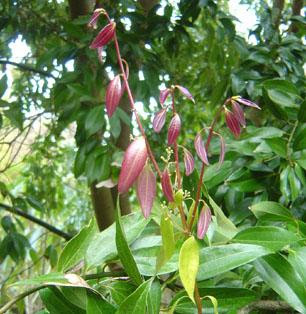 The ancient Chinese circa 2,700 B.C. knew about the health benefits long before anyone else. They would. They had the stuff growing right in their own backyards, after all, with nary a visitor to steal away their secret. When people started traveling and far-reaching armies started going east to do their conquering, those spicy things growing half way around the world made their way to the west.

When cinnamon was introduced to ancient Egyptians it was an instant hit and their demand for this spicy new food additive and medicinal ingredient never waned. At first it was merely the pleasing taste which enamored most people to this spice, but soon it was discovered that it wasn’t just a treat for the culinary senses. They found it quite useful for all sorts of ailments. So, let’s see how cinnamon heals, shall we?

Infection prevention:
You might not know it, but many toothpastes have cinnamon as an ingredient and I suppose you would think it is just for flavoring, but you’d be wrong. Cinnamon is a great antiseptic useful in killing bacteria which cause decay. That would make it vital for preventing cavities and for keeping teeth and gums healthy. Fungi and viruses also have it hard when cinnamon is about. Back in the day a cut or scrape would be washed and then sprinkled with cinnamon to prevent infection.

Cavities be gone with cinnamon!
Toothpaste isn’t the only toiletry which benefits from this spice. A German study has shown that cinnamon is quite effective against urinary tract (Escherichia coli bacteria) and vaginal yeast infections (Candida albicans). Will cinnamon now be impregnated into bathroom tissue? Might not be a bad idea!

Digestion aid:
Can you imagine a rich, decadent dessert helping in digestion? If it is liberally sprinkled with cinnamon it can. Want to know why? Cinnamon helps boost enzyme activity which in turn breaks down fats in the digestive system. So, go ahead, have dessert, just make certain you add a bit of cinnamon.

Women’s health:
Historically, women used cinnamon to bring on menstruation, to stimulate contractions during childbirth and for post-partum care where excessive bleeding was a problem, but generally used it sparingly while pregnant. Cinnamon seems to stimulate the uterus, which might cause trouble in high-risk pregnancies.

Colds and flu:
In days gone by cinnamon was often used to make a soothing tea which had the effect of relieving cold and flu symptoms, relieving sinus pressure, soothing coughs and helped rid the body of excess phlegm.

Apple-cinnamon tea so good for a cold
Sweet additive:
Because of its sweet, pleasing flavor, cinnamon is a great ingredient to add to bitter, less likable concoctions, such as Valerian which tastes horrible but works wonders. Cinnamon was first used for pleasing the taste buds, you may recall, but then was discovered to have health benefits of its own.

Good for the blood:
It seems now that using cinnamon to regulate blood sugar levels is the least of its health benefits. But how about if I told you it also helps reduce high blood pressure? Japanese researchers tell us this is the case. Cool, huh?

I’m telling you, cinnamon is no slouch when it comes to keeping us healthy. If you don’t have it in the kitchen already, then consider adding it to the spice rack. You should get some now that you know all of these amazing health benefits of cinnamon, one of the best tasting medicinal herbs.
____________________________________________________
Glory Lennon is a frugal homemaker, avid gardener and accomplished writer on the web and for print media. When she’s not at the keyboard writing a novel, creating a short story or writing an article about her favorite plant of the day, you can find her at Glory’s Garden or in the backyard where she grows trees, shrubs, vines, herbs and flowers of all kinds.